Time is mysterious. Simogo is now 12 years old. How is that even possible?
Well. Because of you, friends and supporters. Thank you.
Skål, and see you around.
/Simon and Gordon 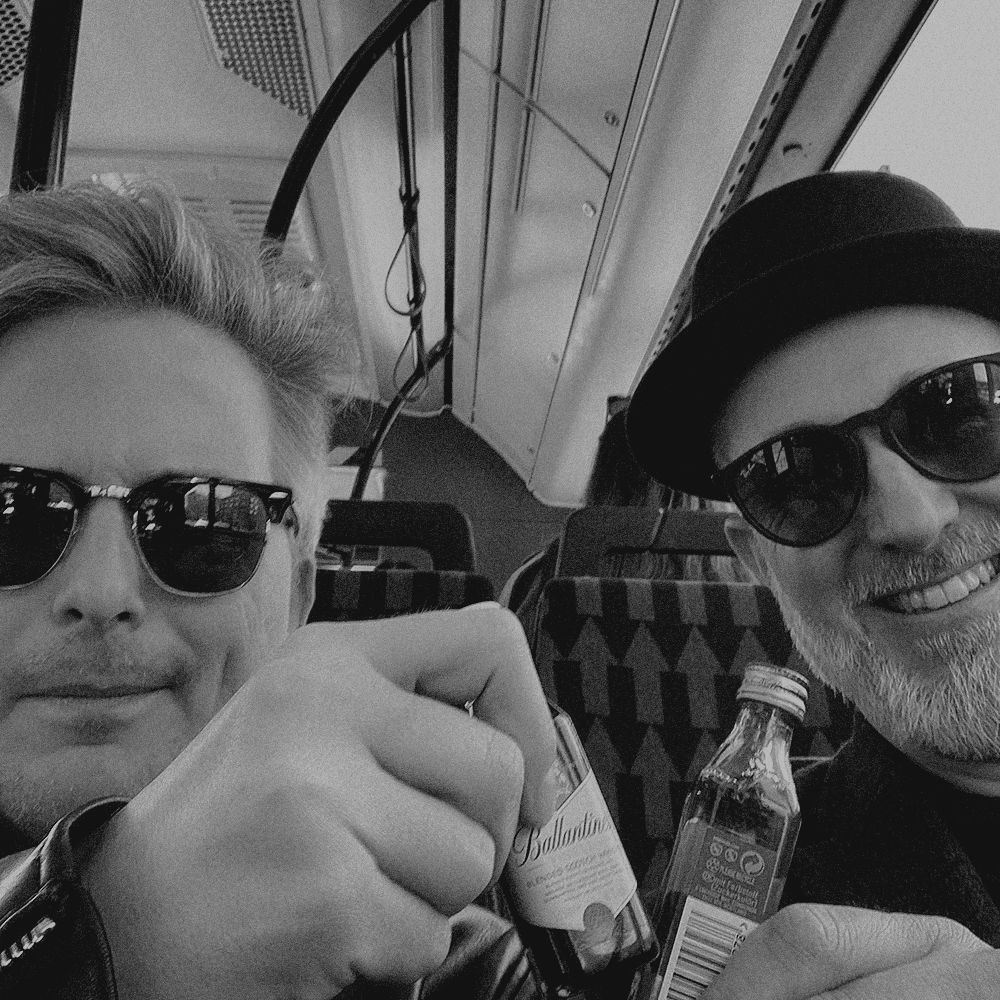 Lorelei and the Laser Eyes is the project we have been working on since we released Sayonara Wild Hearts in 2019. Take a look at this video we made:

You can head over to our minisite or stay right here on the blog and we’ll try to tell you what Lorelei and the Laser Eyes is, and how it came to be.

After finishing a big project, it’s easy to feel paralyzed. What now?
We went down the path we had walked, but in the opposite direction. The next one should be black and white. It should be slow.

In a document where we had gathered ideas for fictive band names for our last game, Daniel had written “Lorelei and the Laser Humans”. Something struck a chord, but it didn’t exactly roll off the tongue. Then, “Lorelei and the Laser… Eyes”. It was easy to imagine. A woman, who could see it all through laser eyes. What did it mean? 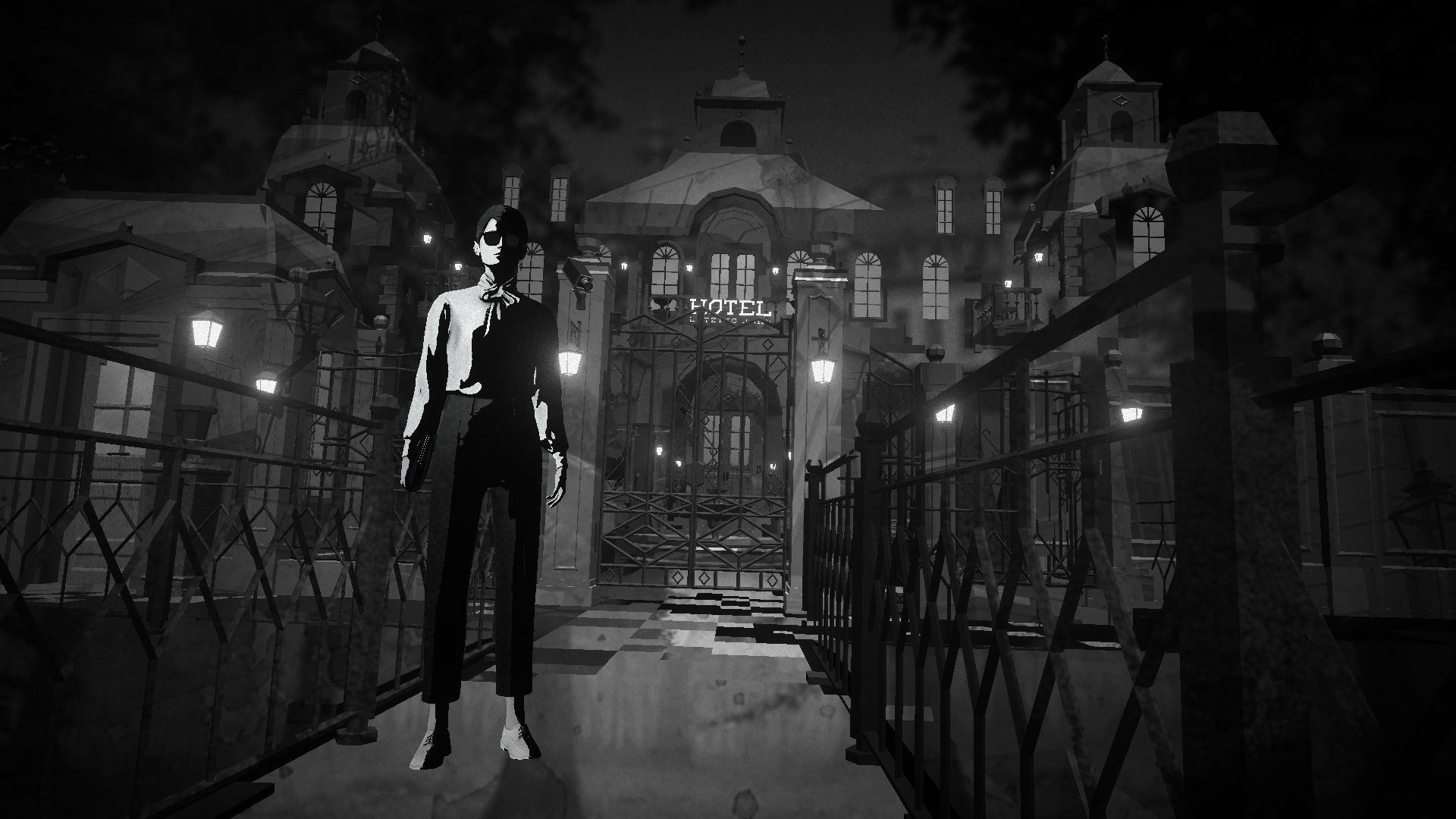 Something was brewing. The team was reassembled.

Like Sayonara Wild Hearts, the answer became a long adventure in 3D space, an investigation of 3D cameras in third person games. Static cameras. Moving cameras. First person cameras. Switching between cameras. Showing several cameras simultaneously. Long journeys into rendering, letting us switch art direction and visual ideas on the fly, as we created, as we played. Was this Laser Eyes? 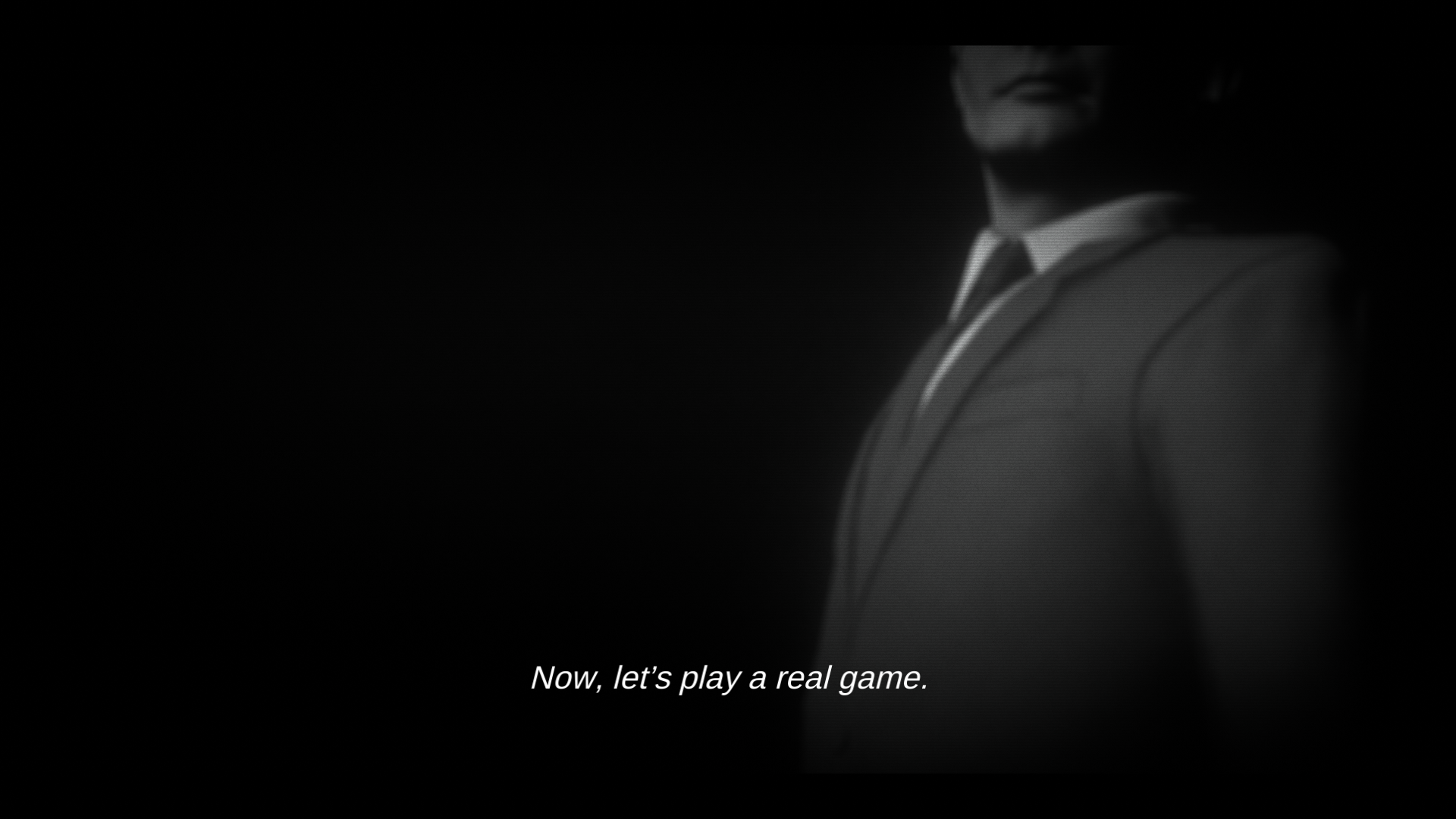 Thoughts, inspirations and concepts answered the question.
Ideas about non-linear, open progression. Numbers, codes, hidden meanings. Devilish puzzles with randomized elements. Time, space, characters as a floating concept. Text, lots of text. Locked doors everywhere. Line rendering and vector art.
Games… Good old ones and escape rooms. Games with places you wanted to stay in and explore. Resident Evil, Silent Hill. Animal Crossing and Nintendogs? Sure, why not?
Cinema… L’Année dernière à Marienbad. 8 1/2. The Shining. Films which lingered, movies as mazes.
Literature… Clever whodunnits, and meta-fiction, realities which seem to exist beyond their pages. The Magus. And Then There Were None. The Book of Illusions.
Our own work… Year Walk. Device 6. The Sailor’s Dream. What if these games were 3D games in third person?
Theater… Magic… Games…
But, also a looming feeling that entertainment is dying, perhaps is already dead. Pre-chewed to mean absolutely nothing. Culture as hamburgers to pass time and bring in the dollars.
And, as always, the ambition that the interactions and controls should not be the barrier. Everyone should be welcome. An intricate meal should not be hindered by a complicated fork. 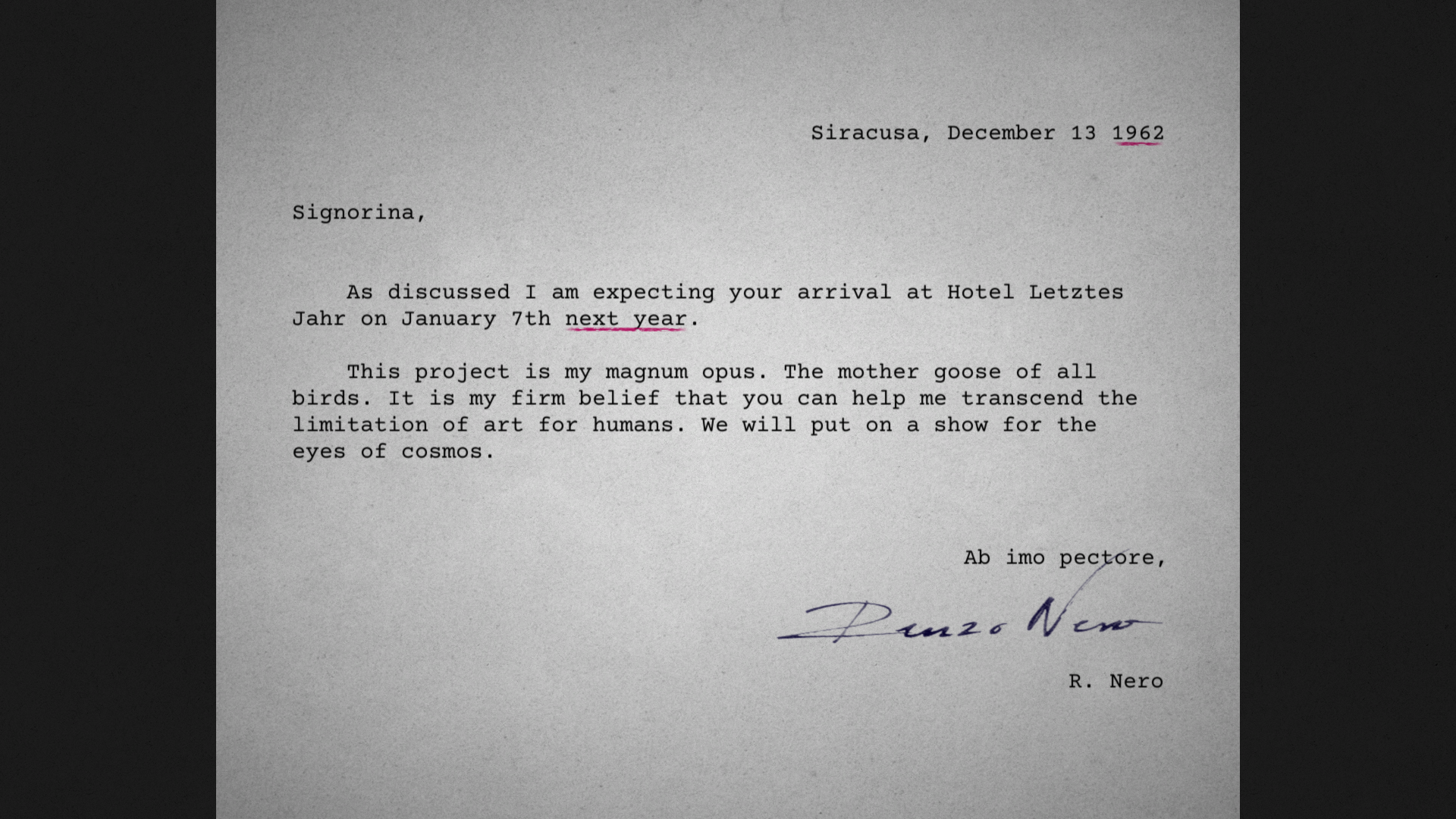 And so a story about a woman investigating someone’s death in an old manor started emerging. Several stories started emerging and merged. There was an ancient conspiracy. A lost treasure. A mysterious project. An eccentric puppet master. An illusionist. A ghost. No exact good, no direct evil, just a lurking feeling that things are not what they seem. 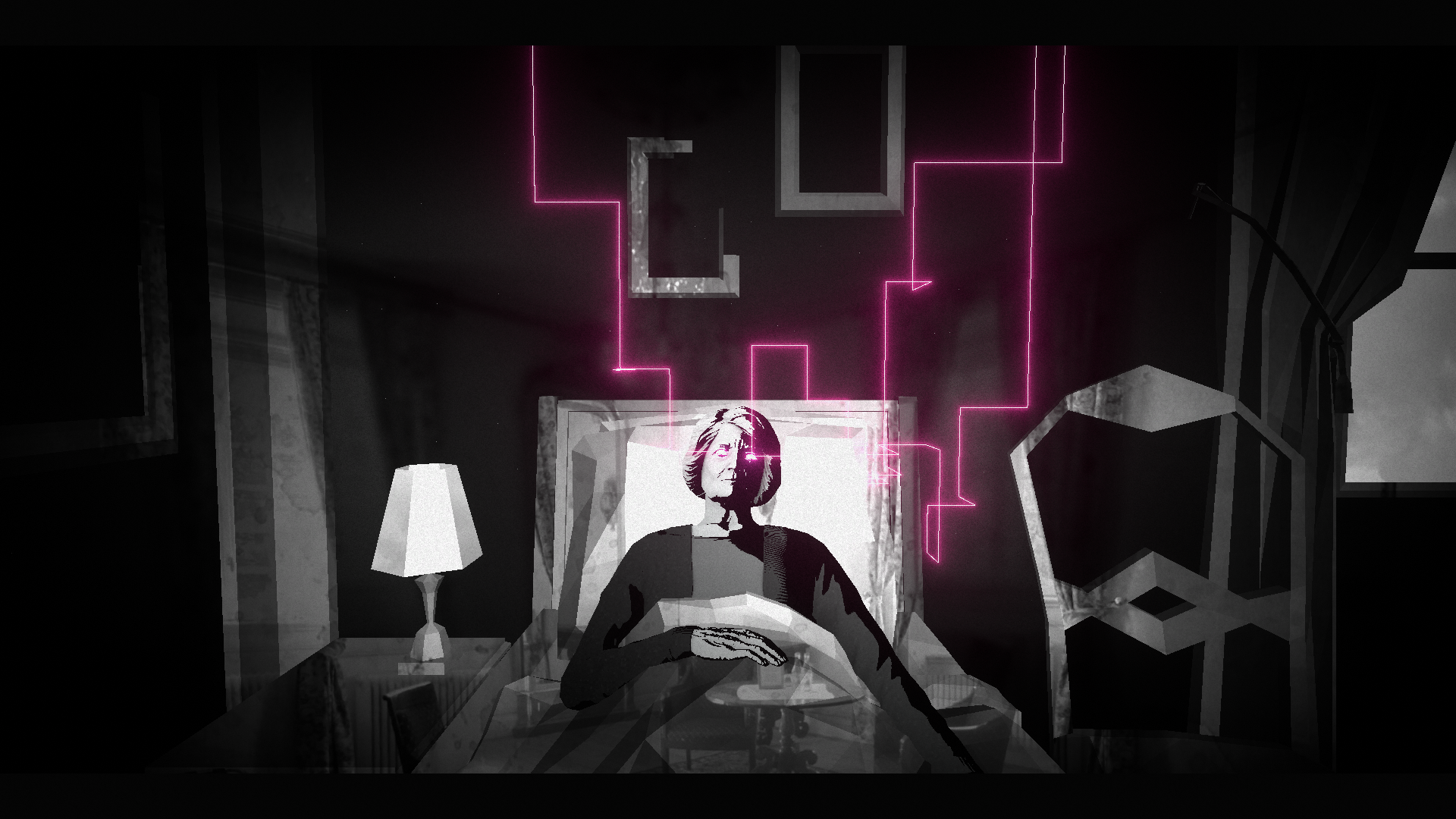 Now all of this is slowly coming together, and becoming Lorelei and the Laser Eyes.
Made with the support of, and published by, the good people of Annapurna Interactive.

Coming, we think, to Steam and Nintendo Switch in 2023. 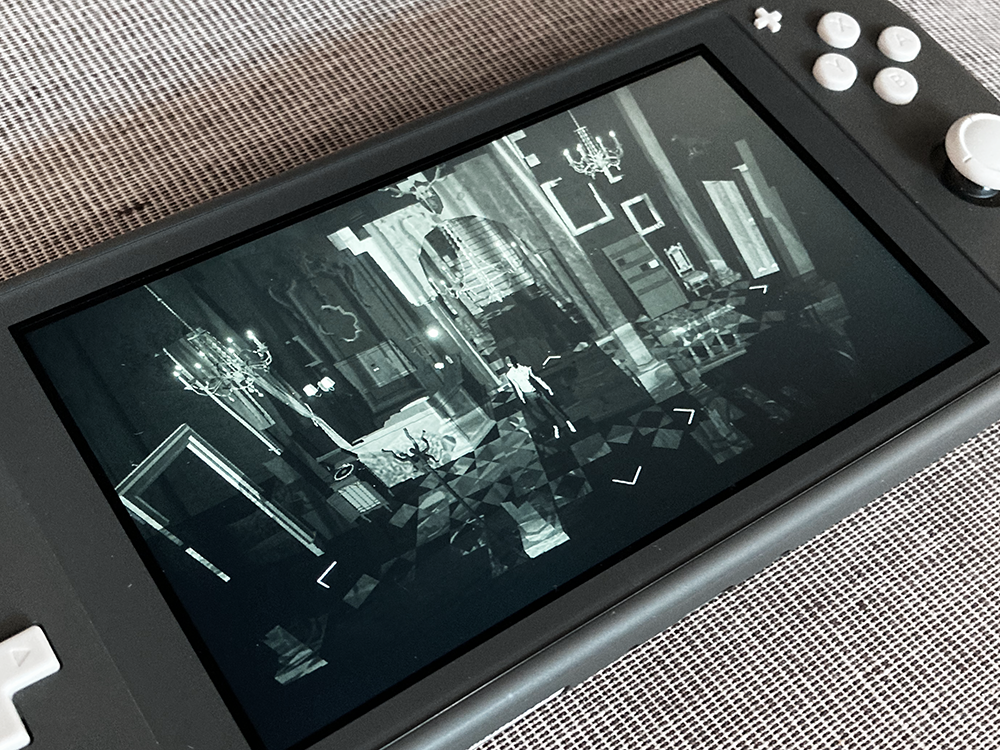 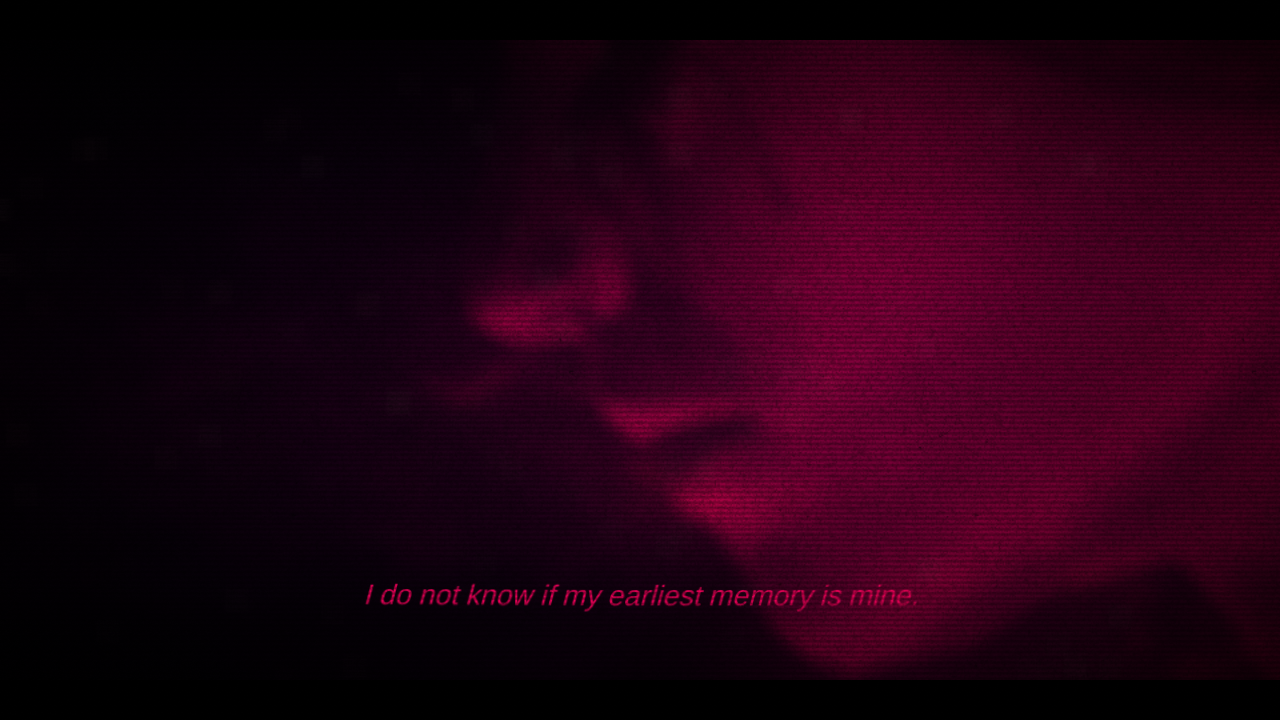 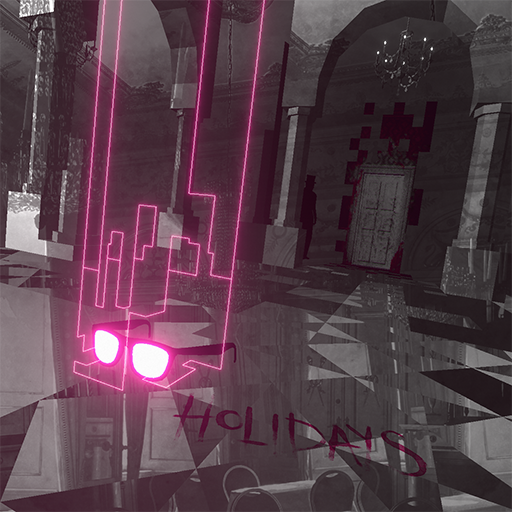 Some concept art for “Hatehell Valley” in Sayonara Wild Hearts. 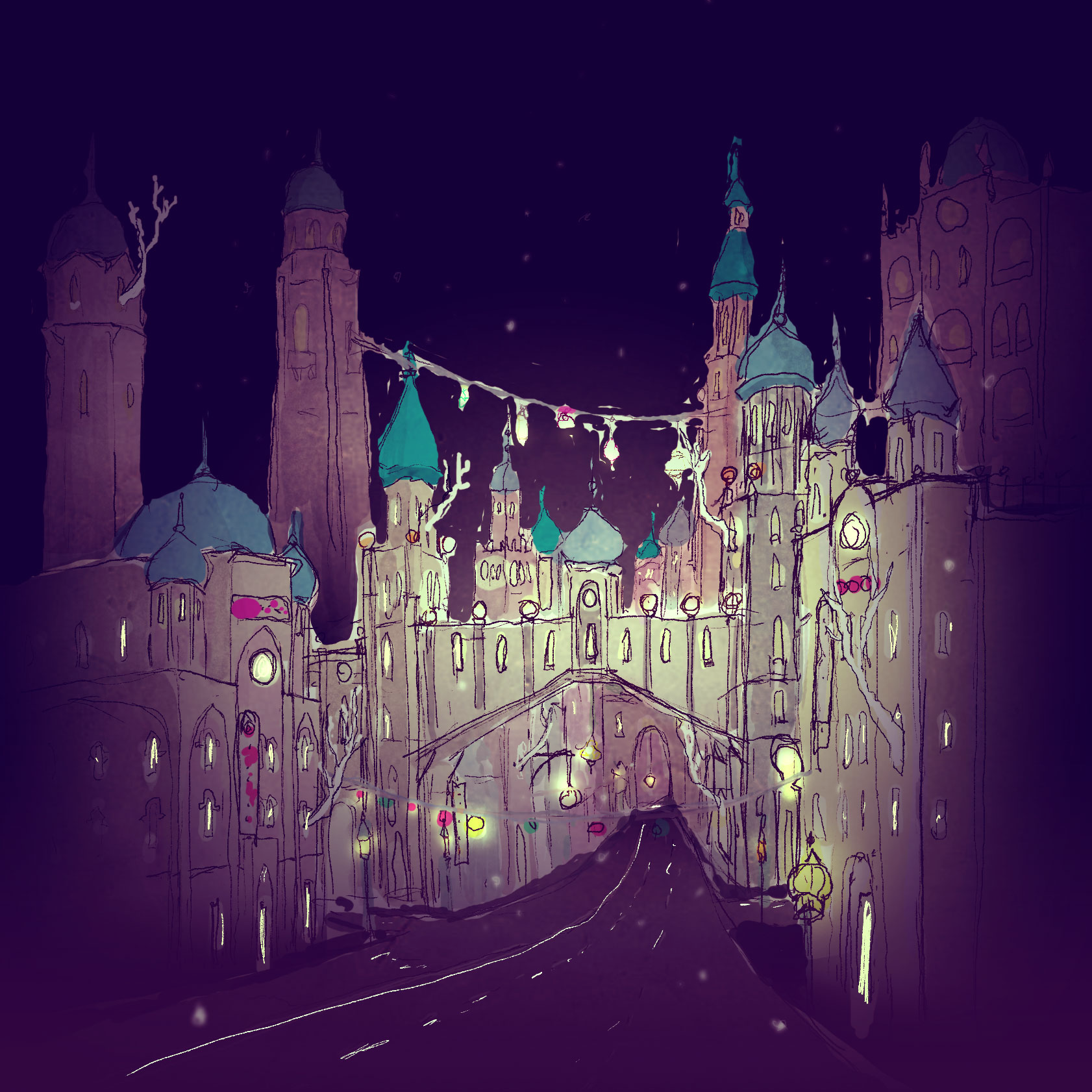 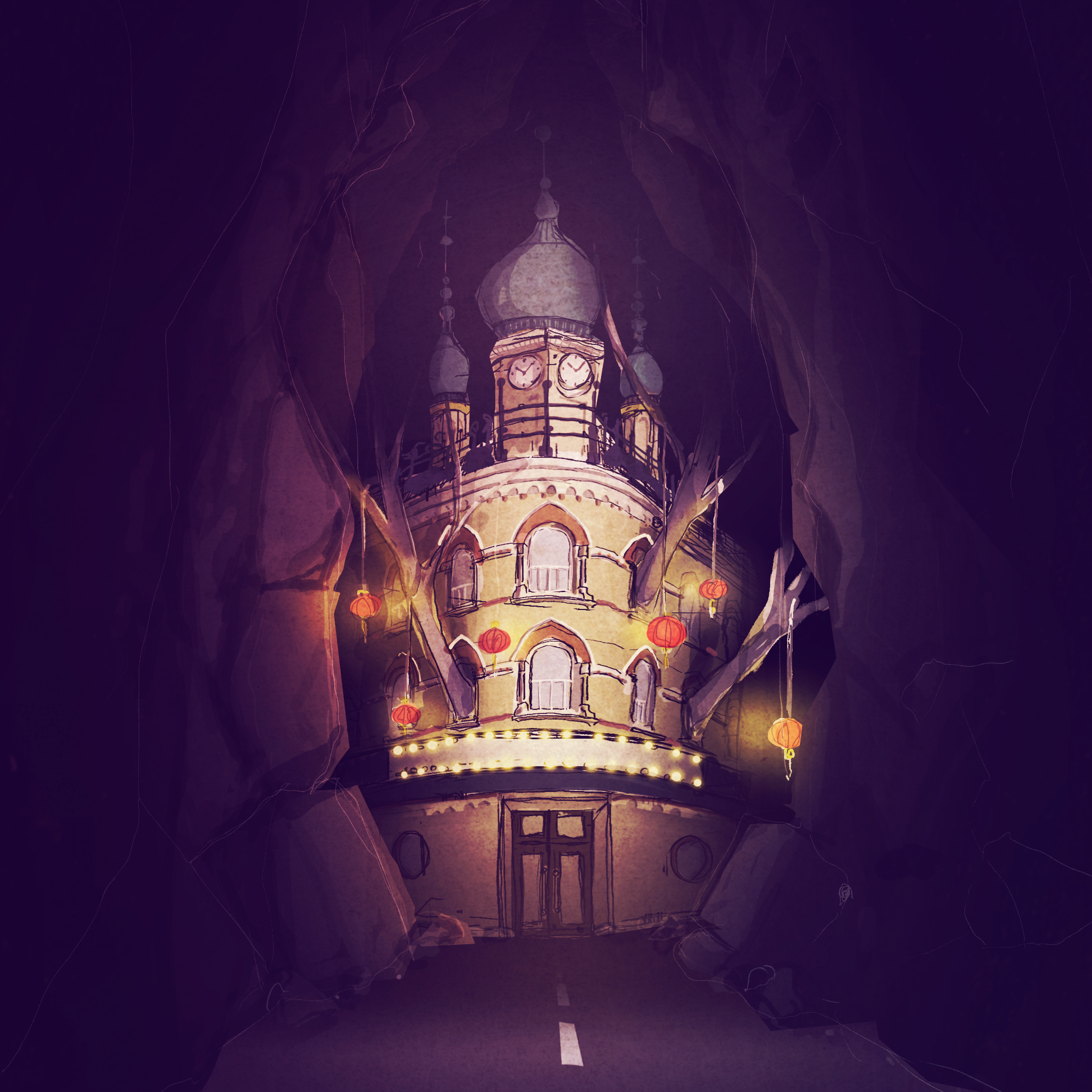 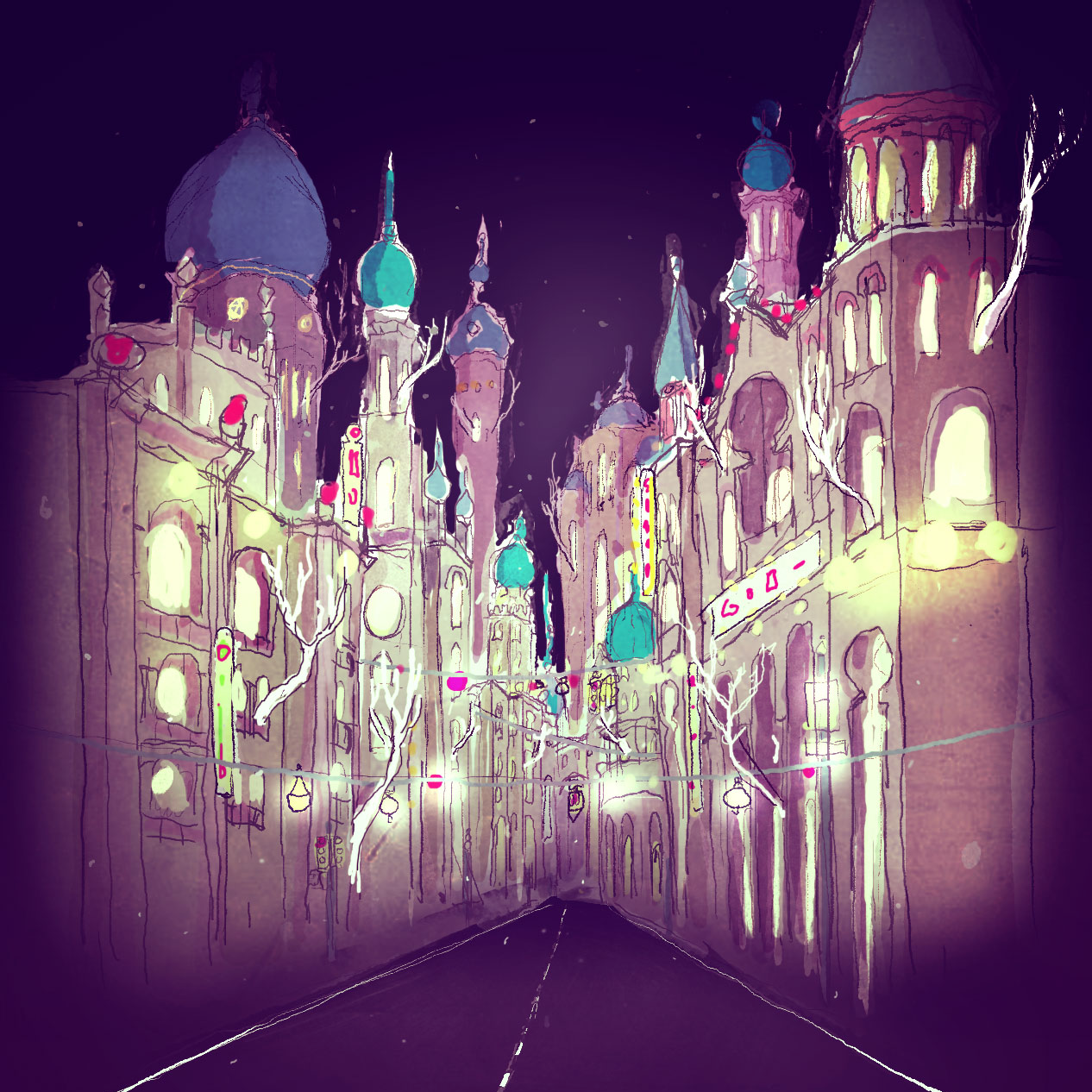 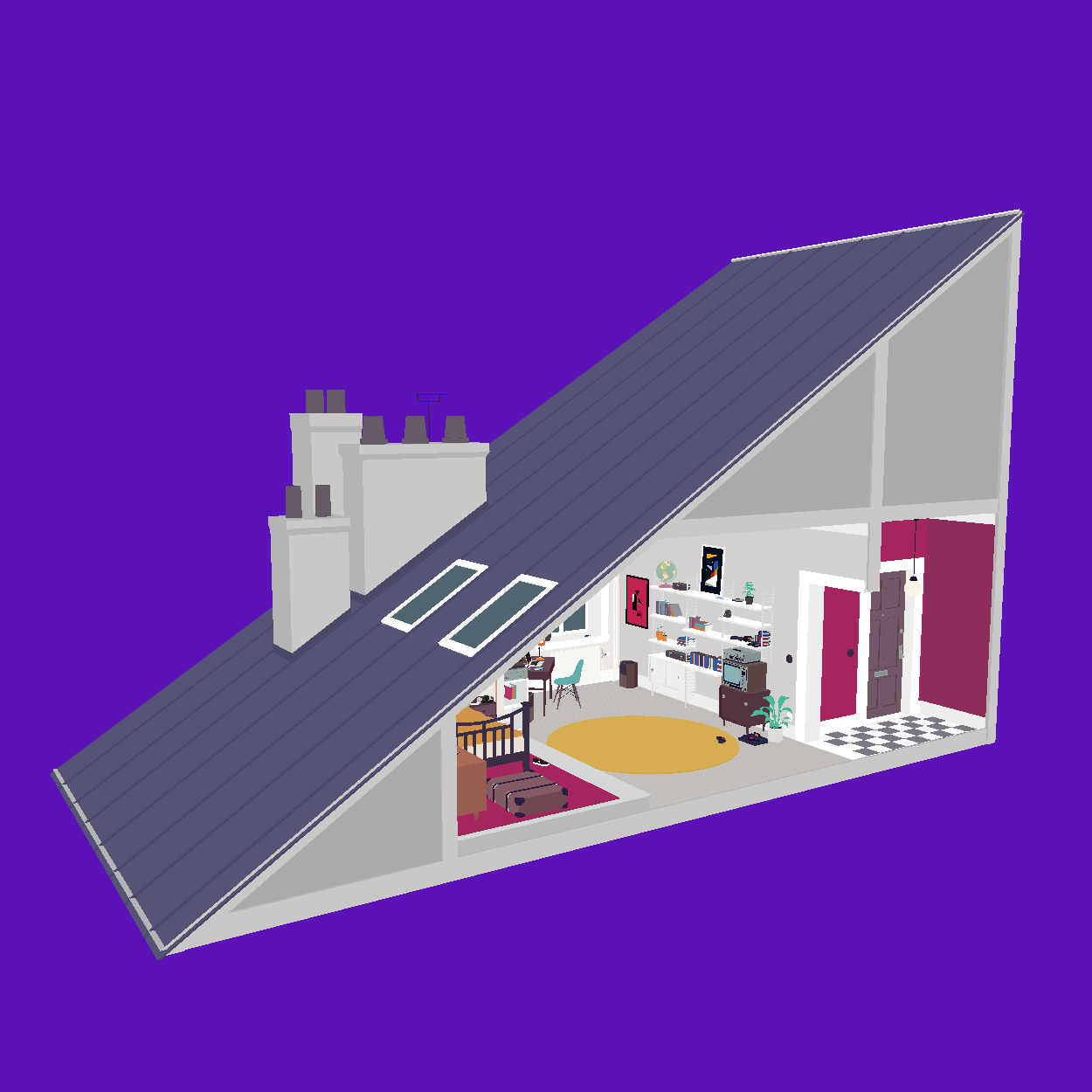 We’ll try and post a little behind the scenes material from Sayonara Wild Hearts here! Let’s start with a little tour of the apartment from the beginning of the game. It is filled with references and objects found in our own office (and homes!). Can you spot some familiar things? 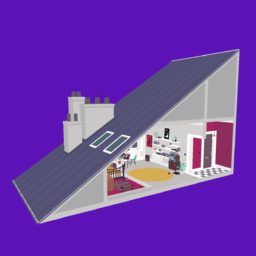 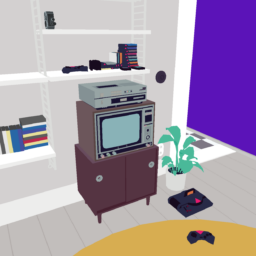 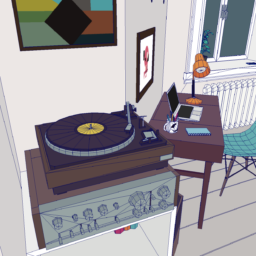 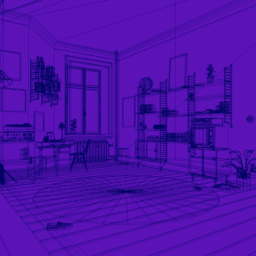 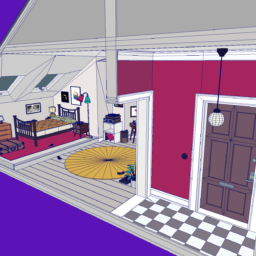 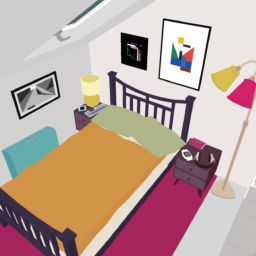 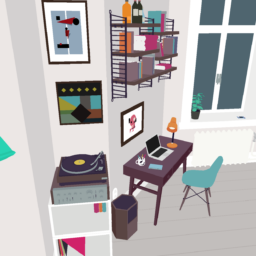 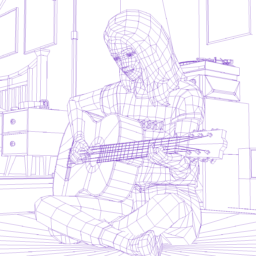 Another year, another dollar: Simogo is now ten years old.
From humble beginnings of three 2D mobile arcade games, through a trio of meta-narratives, and some side explorations with a tiny e-book, a small first person story, a story podcast and a monochrome number puzzle, to a 3D multi-platform monster, it is safe to say that it has been quite the adventure.

We couldn’t have done it without you. 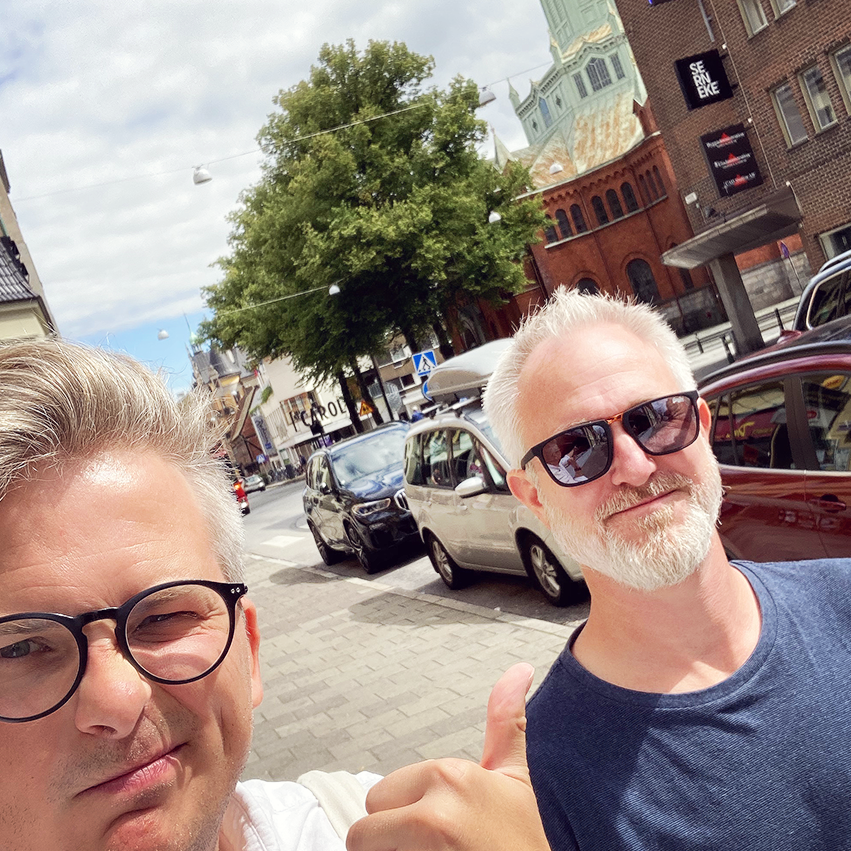 Darlings. We have some very big news. After having worked together with our good friends at Annapurna Interactive on Sayonara Wild Hearts for quite some time, we realized that we really enjoyed making games together. So, we have agreed to continue to do so for the foreseeable future.

We’re still going to be independent good old Simogo here in Malmö, but just with a little more possibilities, and less compromises. It’s maybe a bit like getting married, we suppose. You dig eachother, so you might as well make it official. A promise to help out eachother to make more magic happen.

It means that future Simogo projects will be published by Annapurna Interactive, and it means that we can do things that aren’t possible for us to make by ourselves. It also means that we can work even more regularly with the composers and artists we already love to work with. It could, to sum it up, mean a lot of new fun and unexpected stuff for us, and you, in the future. It’s going to be wild and wonderful, and we hope you’ll be here to take the journey with us.

Now, if you excuse us, we must get back to working on our next game;
Project Fuzzy Optics. 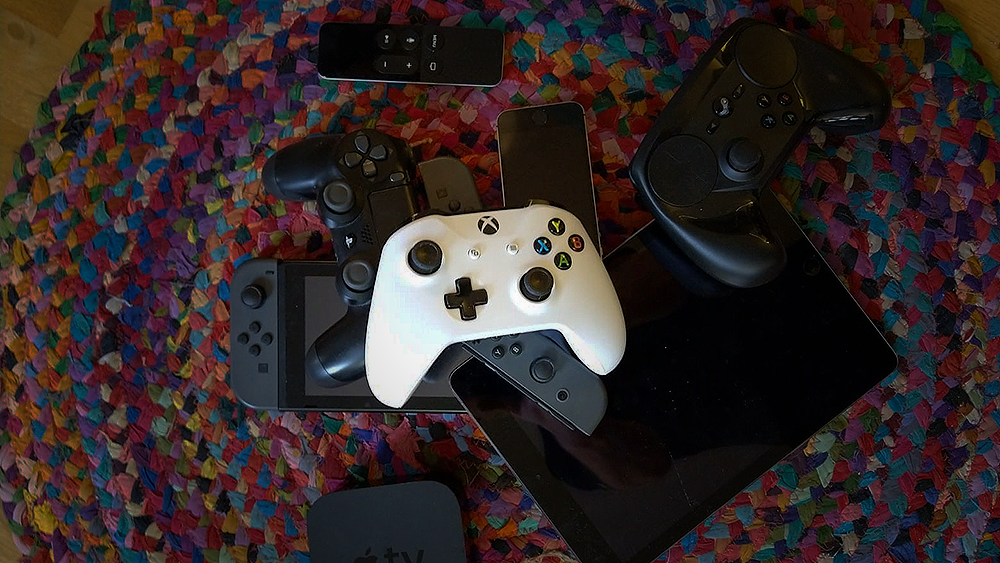 Listen up! You can now play Sayonara Wild Hearts on almost everything… Because it is now available on Xbox One, too!

This release is a little bit special, because it marks the end of a journey that has now spanned over almost five years—this is the final release of Sayonara Wild Hearts, which means that a long (and sometimes difficult) journey comes to an end for our small team. Time for new adventures now. 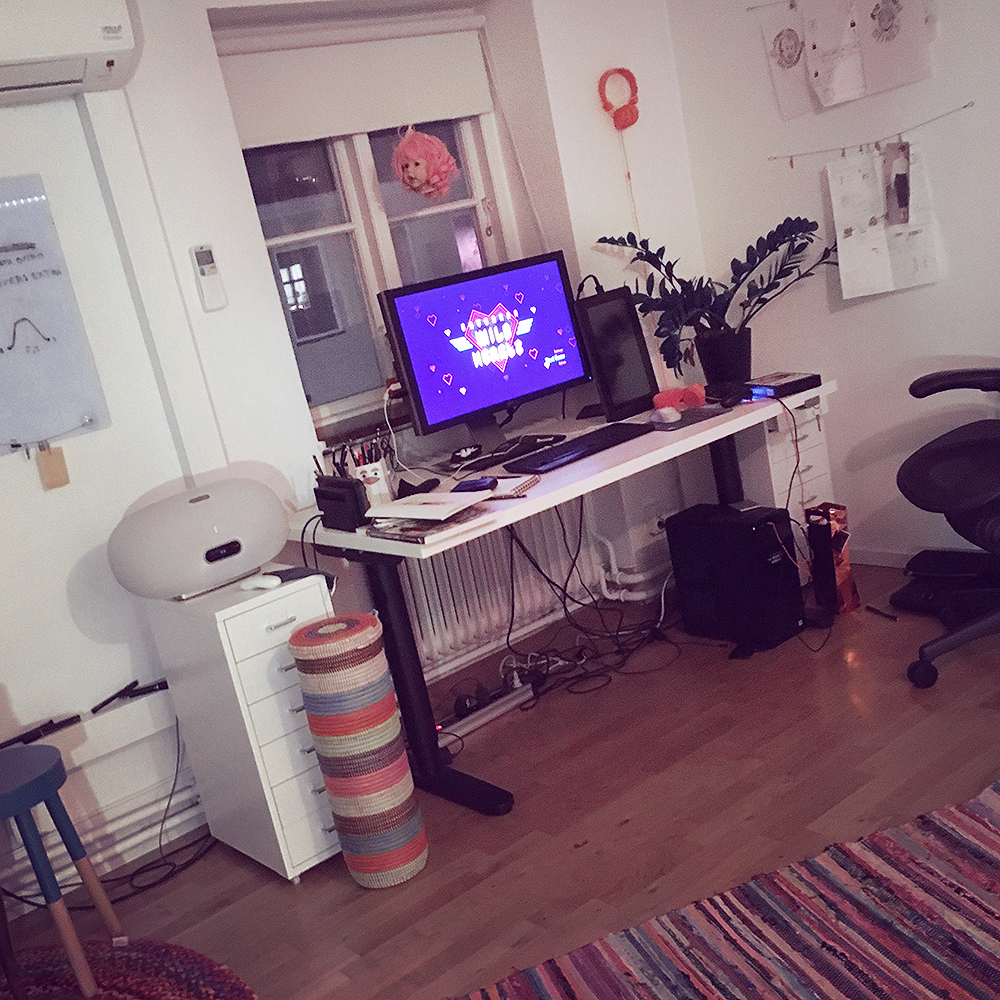 Darlings,
If you, for one reason or another, play video games on a personal computer with the operating system Windows, we have some news that might be of interest to you:

Sayonara Wild Hearts is now out on Steam!

(Clicky clicky to go to the steam store page)