Looks like we’ve gone all corporate. Just had a great design meeting, and it seems like the design and structure is more or less nailed.

Behold! The longest document in the history of Simogo: 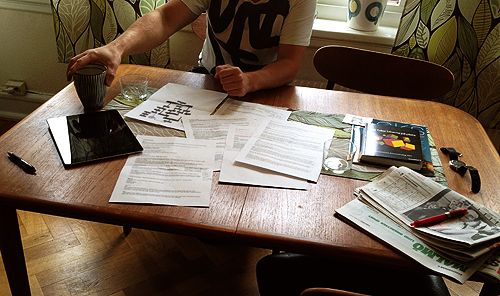 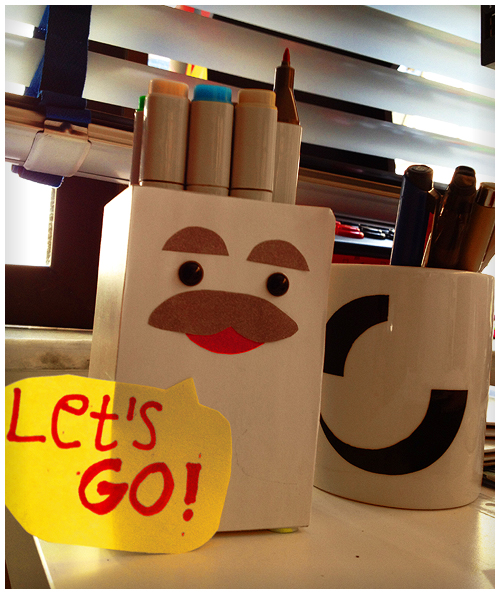 We had some lovely days last at Nordic Game Conference here in Malmö, met old friends and made new ones!

But now we’re finally back in the office and we’re excited because today production of our 4th game started!

Simogo! What have you been doing all this time!? You finished that Beaty Sneaky Bad-nit game thing in February didn’t you!?

Actually, we’ve been doing a lot of stuff:
– We went to San Francisco for GDC and won an award. Nothing big.
– We’ve been doing a prototype of this project, that started today.
– We’ve made ANOTHER prototype for a secret thing that might or might not happen.
– We made that little Simogo’s Lost & Found video
– We released Bumpy Road for Mac and PC!
– We made some contract work for a non-Simogo game, that’ll hopefully be revealed in a not so distant future.
– And a little bit of this and that, stuff that also takes time.

Simogo! Before you leave, tell us something about this project your working on!
NEVER!

Exactly one year ago, we released a game about memories, photographs, love and loss. Time sure flies.
Happy anniversary, Bumpy Road! 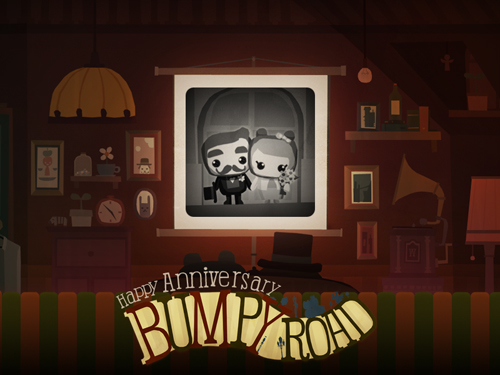 To celebrate, we made a short playlist with eight songs that we feel have a connection to Bumpy Road. All of these should be available on your music service of choice, so go ahead and compile your own Bumpy Road playlist!

The Sworcery A/V Jam is a lovely little thing.

A collection of works from people creating stuff in the key of #sworcery, one of our all time favourite iOS games.

We contributed with this piece called “Woeful Errand” 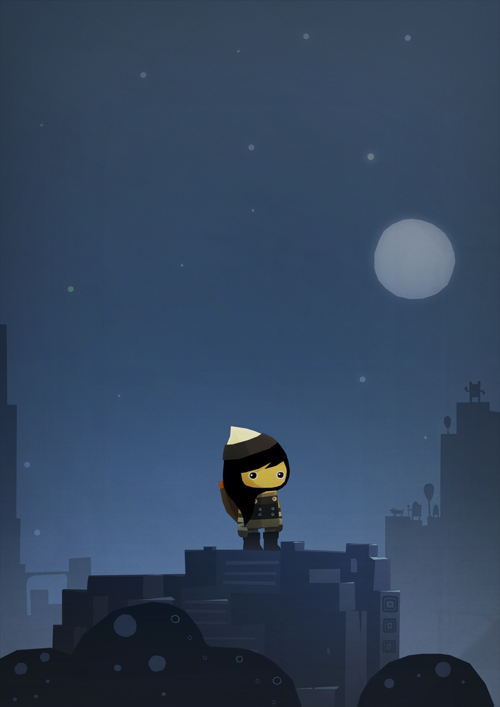 There are other marvelous things over there, so we suggest you head over there immediately! 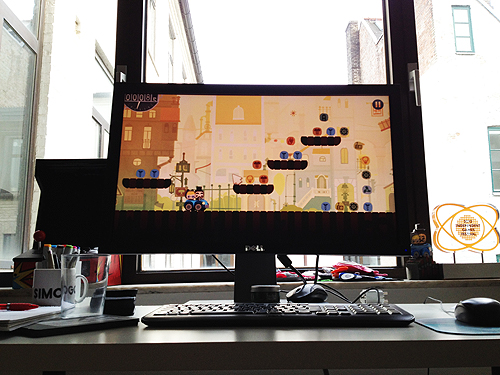 BEEP BOOP BEEP THIS IS A MESSAGE FROM THE FUTURE

IN THE FUTURE ALL PC GAMES ARE DRM-FREE. ENJOY.

HEAD OVER TO GAMERSGATE TO BUY IT*

*Please. We need new shoes and some food would be nice too.