…And “making” that’s the key word here: It’s not a straight port. We are making something between a port and a remake. We’re not quite sure what a “remaster” is, so that might not be the right word either. So, hear us out as we try to explain what is different and exciting about this new Year Walk!

And with that said, we are not looking to make a better version of Year Walk. The ambition is to make the game feel right at home on the new platform. So we’ve taken a lot of measures to make that vision come to life.

As you might’ve guessed this version features a completely new control scheme. You’ll walk around with the WASD keys on your keyboard, while controlling a cursor with the mouse. With the cursor you’ll be able to interact with the world (and it’ll quite neatly show you what things you can interact with when hovering above them), but we’ve also added a very subtle “look-around”-feature. You can move the camera slightly depending on where the mouse cursor is on the screen. Imagine a classic first person PC game mixed with a point and click adventure, and you’re somewhat close. It feels really good!

Speaking of controls, those of you who played Year Walk for iOS knows that a lot of the puzzles were deeply tied to some of the features of the iPhone, including multitouch and tilt. Some of those puzzles have been redesigned, while others have been completely exchanged for brand new puzzles and interactions. So, redesigning puzzles not only means that we’ve changed the way you interact, many of them have new art and sounds as well. We even had to create one entirely new location in the forest for one of the new puzzles. 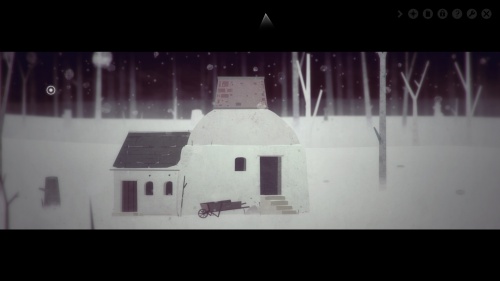 Visually, we quickly realised that the forest needed to feel more dense on bigger screens. So we’ve given all scenes in the game a visual overhaul – there’s more snow, nice animated fog, and a lot of neat effects. Behold, Year Walk in all its 1080 HD-glory: 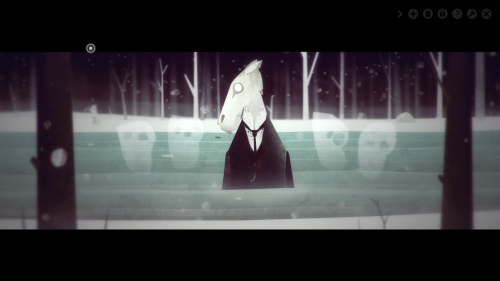 Here’s a big comparison pic of the iOS and the Steam version, so you get the idea:

As you know Year Walk for iOS was an experience in two separate apps; the game and the companion. In Year Walk for PC we’ve integrated the Companion into the game. It’s been given a visual overhaul to feel home on PC as well. Take a look: 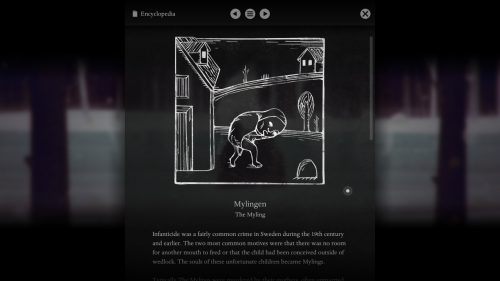 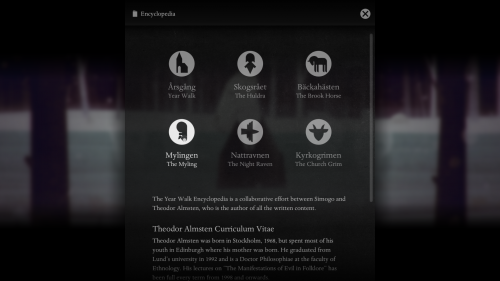 With the addition of a small, discrete menu (that you can completely hide if you want to), we simply couldn’t resist to add a few bonuses. There’s now a map that you can check out while playing, which should come in handy if you feel too lost in the forest. 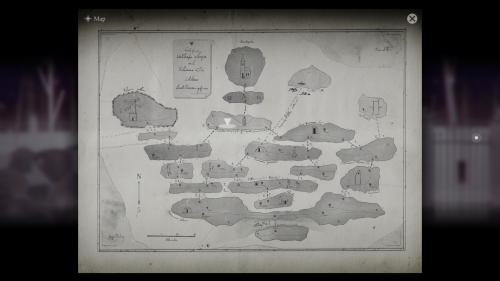 We’ve added a hint system as well. If you’re stuck, you can get a cryptic hint just to get your mind going. If the hint is too cryptic, you can get another, less cryptic, hint. These hints are completely optional!

So while it might seem like a cliché, we feel that this version of Year Walk will be exciting and hold surprises even if you have played it for iOS. And that’s not to say that we think the iOS version will be inferior when the PC version is out – we simply want this version of to feel fresh and completely natural on PC, while still feeling “Year Walk”.

– New control system (which feels super good)
– New and redesigned puzzles (including one new location/scene)
– Remastered art (more snow, fog, more effects, post-effects including color correction, vignetting, blur, a very subtle bloom effect and more!)
– Companion now integrated into the game accessible all the time via a small menu (that can be hidden!)
– A map reached via the menu
– An optional hint system, also via the menu.
+ a little bit of this and that. 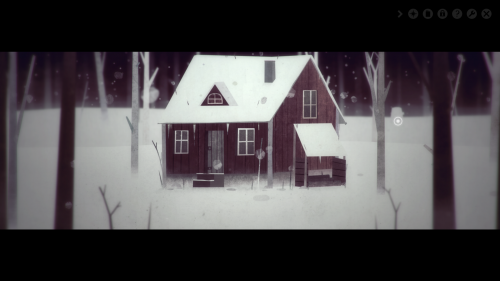 So! Mark 2014 in your calendar. We’ll get back to you with a more exact date at a later time!