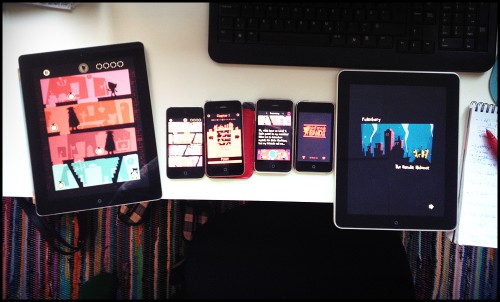 Sorry for the lack of updates. We’re working very hard to wrap up the game and we’re happy to say that it’s almost done now!

In the meantime, here’s the icon for the game:

Here’s another gameplay clip from Beat Sneak Bandit.
A bit spoilerish – Watch only if every inch (or centimeter if you’re not stuck in the middle ages) of your body is itching for more Beat Sneak Bandit!

“In terms of gameplay, I never would have thought a game where there’s a single, simple beat to tap along with could be so interesting… Does it ‘flow’ like most rhythm titles? Not really. Instead it asks the player to plan a sequence, tap along in their head in preparation, and then go for it — like playing a ‘break’ in samba. It’s a genuinely unique type of puzzle, with some great level designs.”

“This one got more involuntary grins out of me than any other game.”

We love animated gifs so here a bunch of them from Beat Sneak Bandit.

Is there a hint in one of these about the epic boss fight? WHY YES, yes there is! 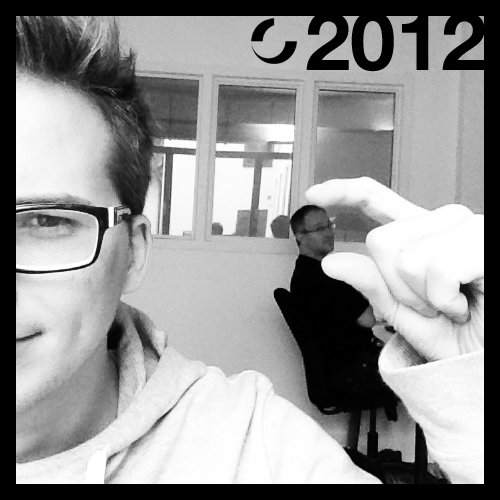 Hi all! Hope you had some great holidays.
We’re back in the office.

• Finish Beat Sneak Bandit. The bulk of the game is done. What we’re doing now is some post game stuff, achievements, the grand finale, a little intro, bug fixing and fine tuning. We’ll keep you posted on a release date – it will be out this quarter.
In the meantime go check out these impressions from the game:

The Touch Arcade podcast crew discuss their impressions 20 minutes or so in (also some talk about Bumpy Road some minutes before!)

• We’re contributing with some stuff on a non-Simogo project after Beat Sneak Bandit.

• We’ve got our flight tickets booked for GDC in March. Let’s meet there!

• And probably a lot more cool stuff for later this year.