When we started this blog, we promised ourselves to make a new post weekly. That worked!

We realize this blog has turned into somewhat of a desert. We’re sorry about that, because we’ve always enjoyed knowing that people could come here and get a nice overview of what’s going on at Simogo. But, the simple truth is that … we haven’t had the energy or time to be able to update this blog at the pace we want to. Because, goddamnit, running a videogame studio can be time consuming and energy draining.  We hope to update the blog a bit more frequently in 2018. As we start to lift the curtain on the project we’re working on, there will be more reason for us to show and tell. So, please don’t give up on us yet!

Let’s get the rough things out of the way first. This year we spent a lot of time updating our old mobile games, to make them run properly on new OS versions, new resolutions, and whatever new things that were introduced which broke our games on iPhones and iPads around the world. We’ve put months of work into this, because, well, we care that our games live on, and we want you to be able to keep playing your games. Had we known back in 2010 that we would be updating our games seven years later, we would have shook our heads in disbelief.

This year, a lot of time we had planned to spend on our current project, ended up being spent on just making sure that our games would not be gone from the app store. Because sadly, the platform holder seems to have no interest in preservation of software on their platform.  We can criticize and be angry and mad about it all we want, but we don’t think that any efforts we put in can change that direction. So, instead, we’re thinking a lot about how we can find ways to preserve our games, and our own history, because it is inevitable that our mobile games will be gone sometime in a distant, or not so distant future, as iOS and the app store keeps on changing and evolving. We don’t have a definitive answer, or any final ideas how this would be possible, but we’ll keep on thinking about it, and try to come up with solutions, and we welcome any input and ideas on this from you too!

As you can imagine, this has led to thoughts about platforms in general. Mobile changed a lot of things, and our tiny studio would not exist if it weren’t for the app store and the iPhone. The iPhone has, literally, changed our lives!

The ease of mobile game development drew us to making iPhone games back in 2010. But, it’s getting increasingly financially unviable, tiring and unenjoyable for us to keep on making substantial alterations for new resolutions, guidelines, and what have you, as they seem to never end. The appeal of the mobile platform is less evident today than it was a few years back. Before we started Simogo, we had made console games, and had grown really tired of the clunky processes, politics, certifications and primitive development environments that was involved in making a console game. Today, a lot of that clunkiness is gone, and sadly, for a small developer like us, mobile has become more difficult to support than consoles. Releasing a mobile game means supporting it perpetually, and justifying that is tough for us, at the moment. So, as you have probably understood by now, our current game in development, “Project Night Road”, is indeed a console game.

That doesn’t mean we’re saying farewell forever to mobile development. But for now, we felt that we needed a break, and try out something new.

And new it is! While Simogo is still Simon and Gordon, we have more people than ever working on our game. We’re working with a number of freelancers and friends, (many of which have worked on previous Simogo games), and several of them work full time on this project. Which means more project management, higher costs, and, you know, let’s be honest; less time for the actual fun stuff: making a game. Which is why we’ve partnered with a publisher on “Project Night Road”(!). Simogo and publisher! The 2010 version of Simogo would have laughed at the very idea. But, we’re, quite confident that this is a very cool, exciting and fitting partnership for us, and we’ll tell you more about it next year when we announce the game. To be very honest, we still have quite some time to go before this game will be out, but hopefully it won’t be way too long into 2018 before we can show you “Project Night Road”.

Because we’ve worked on it for so long, the game has evolved significantly from what we thought it would be when we started the project. We’ve been very iterative with the design of this one, sometimes straying too far from the original vision, which has always been (like any Simogo game), that anyone should be able to play. But, we have a good chunk done, and we are now mostly filling this box with fun things; our focus is to finish up in 2018!

We hope you’ll be with us until then, and that “Project Night Road” will delight and surprise in all the ways we hope it will. Thank you for believing in us. 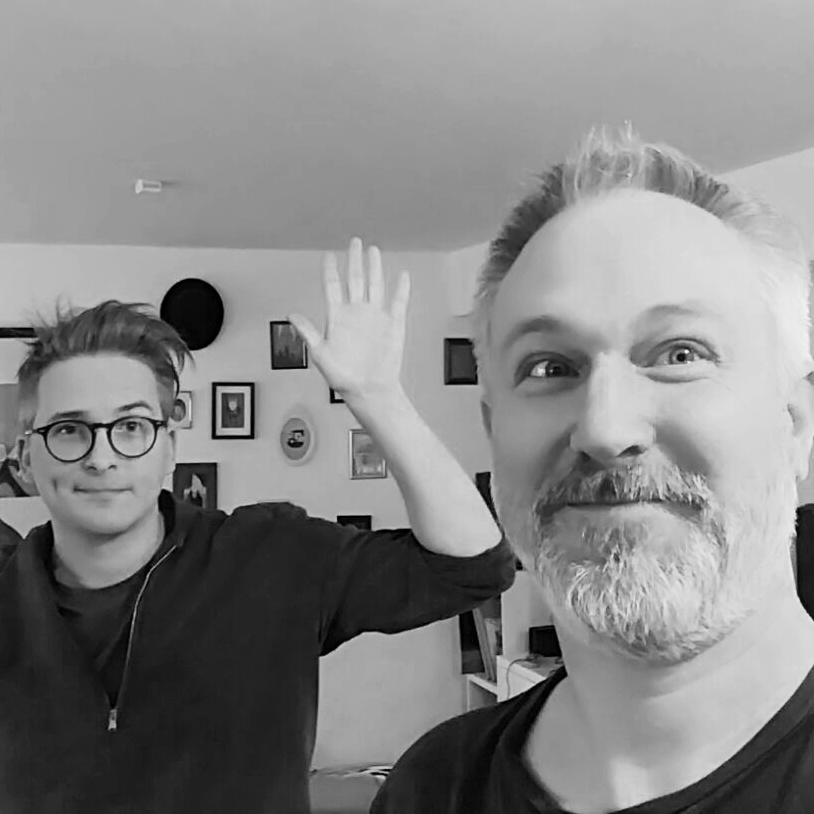 PS. Sonic Mania was the best game of 2017, in case you wondered.