YEEEESSS!
Daniel Olsén’s DEVICE 6 music is available for purchase NOW! And yes, it does indeed feature that song by Simogo troubadour Jonathan Eng!

You know what is extra neat about it? In the game a lot of the music loops, but on this record many of the songs are extended versions with bits unheard in the game (44 minutes in all!). The music has been mastered too, so it’ll sound super lovely in your fat speakers at home.

You can get it via:
iTunes
LOUDR
BANDCAMP 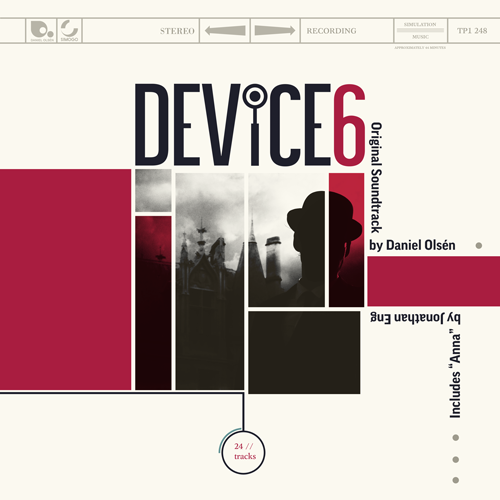 A collection of longitudinal waves of pressure from DEVICE 6, created and crafted by our top audio designers and engineers. A distillation of what players love about the audio design of DEVICE 6.

We believe the DEVICE 6 Original Soundtrack is an innovation in music. An innovation that is extraordinary, a remarkable relationship between technology and culture. Every instrument, sound and beat have been considered and measured to make sure that they are truly enjoyable and enhances the user experience. Plug in your earphones, close your eyes, and embark on this journey through your own auditory system.

One thought on “DEVICE 6 Original Soundtrack is available now!”