A little update on GAME3 and how the work is progressing.

Some weeks ago, when the game was up an running on devices we came to the conclusion that our original concept for how the player would interact with the game was way too complicated (maybe we should’ve taken a hint when we discovered that we couldn’t actually explain it in words…). It looked and sounded really cool, but everyone we showed it to (including ourselves!) felt more confused than anything after trying it out.

So we had to rethink some stuff, the way the game was controlled, simplify some things and made it just a tad more action oriented than it’s original concept. We bumped into some nasty technical issues along the way, but now everything is well in Simogoland and the game finally feels reeaally nice and most of all FUN.

So, from concept, to the version we’re doing now, this game has more or less been through three big iterations. Maybe we’ll end up using the other ideas for something else in the future!

And hey, here it’s running on an iPod: 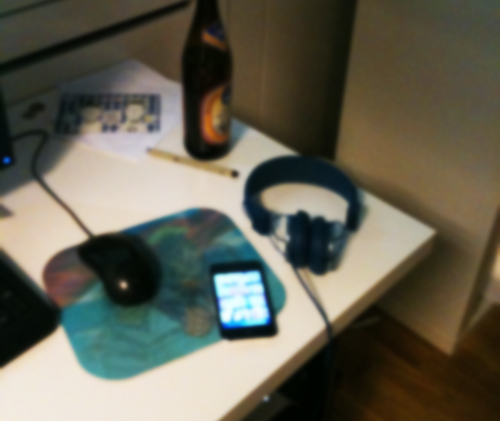