Inside every knickknack left behind is a treasure trove of memories and stories filled with joys and sorrows.

Let’s go on a dream voyage and discover a story about the burning desires of three hearts united by the wonderful, but unmerciful ocean.

The Sailor’s Dream is a challenge-free experience in which you explore a non-linear story through words, music, sounds and illustrations.

For the time being, we’d like to keep some things to ourselves, and try to keep everything as spoiler free as possible. We want the experience to be as fresh as possible when you get your hands on it. With that said, we would like to share some of our thoughts and history regarding the project. 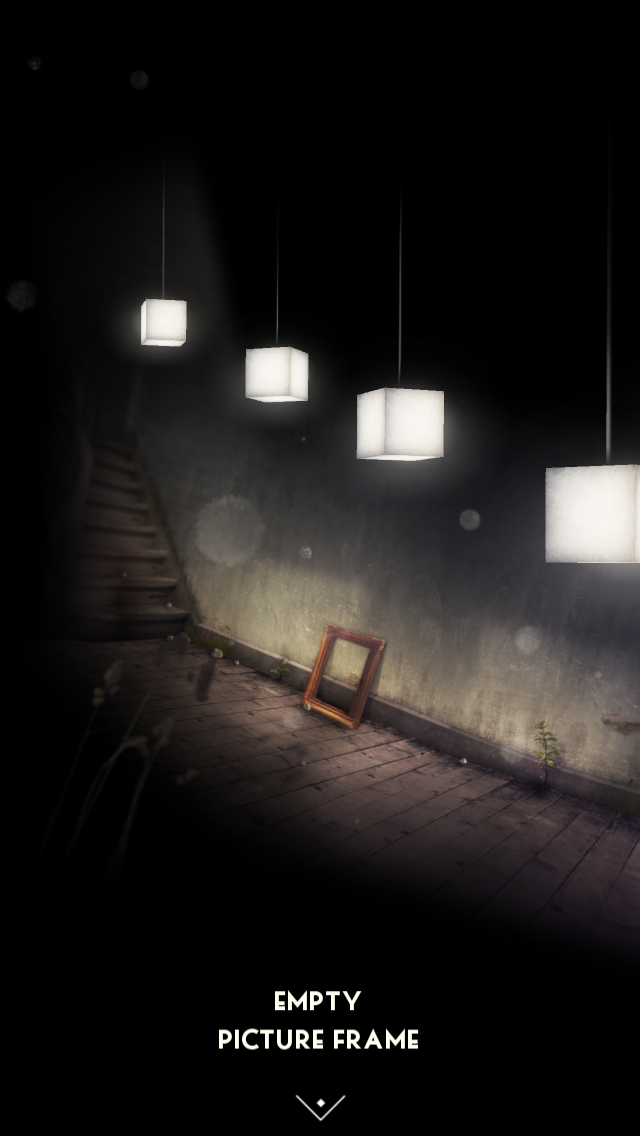 When we were making DEVICE 6, we started talking about how it’d be fun to make games in suites of three – in which Kosmo Spin, Bumpy Road and Beat Sneak Bandit would be the first suite and Year Walk, DEVICE 6 and whatever we would make next could also be considered as a unity of sorts. In some ways The Sailor’s Dream is the culmination of ideas and concepts we’ve had over the past years and projects, and as such it is an exploration of how to tell a story in a new and unique way. It also shares some DNA with Year Walk and DEVICE 6 when it comes to navigation and interactions, the concept of the players piecing together a bigger story from smaller pieces, and just as previous efforts it does include quite a lot of written text. But, as you know it’s important for us to have an element of surprise and originality so that’s where the similarities end. 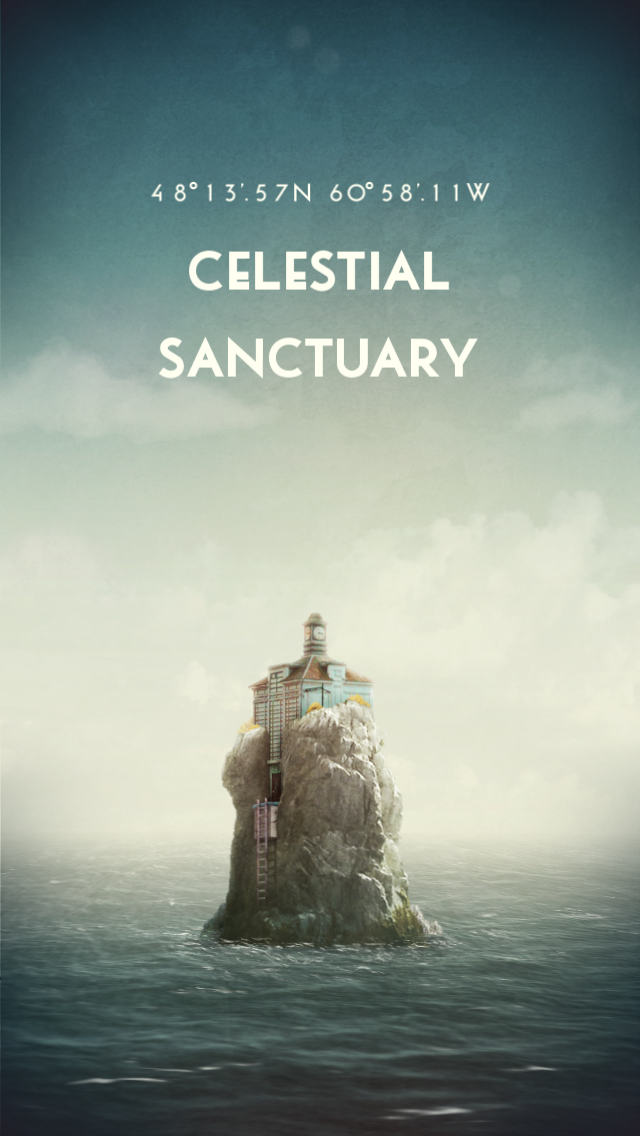 This time around we want to tackle a more philanthropic story, and instead of creating a feeling of suspense we want to communicate something that feels warmer, yet melancholic. We’re throwing out some more traditional game challenge-elements; in fact, The Sailor’s Dream won’t feature any puzzles at all. That doesn’t mean you won’t find playful things in the game, though – There are plenty of things to touch, play and tinker with. And it definitely doesn’t mean that we want it to be easily digested! We hope it will leave you pondering and wondering and find a reasons to talk about it with friends, and hopefully even return to it. It’s a fractured story told in different ways, from different perspectives. When it comes to telling the story, we’re drawing inspirations from both books, radio plays and even musicals. 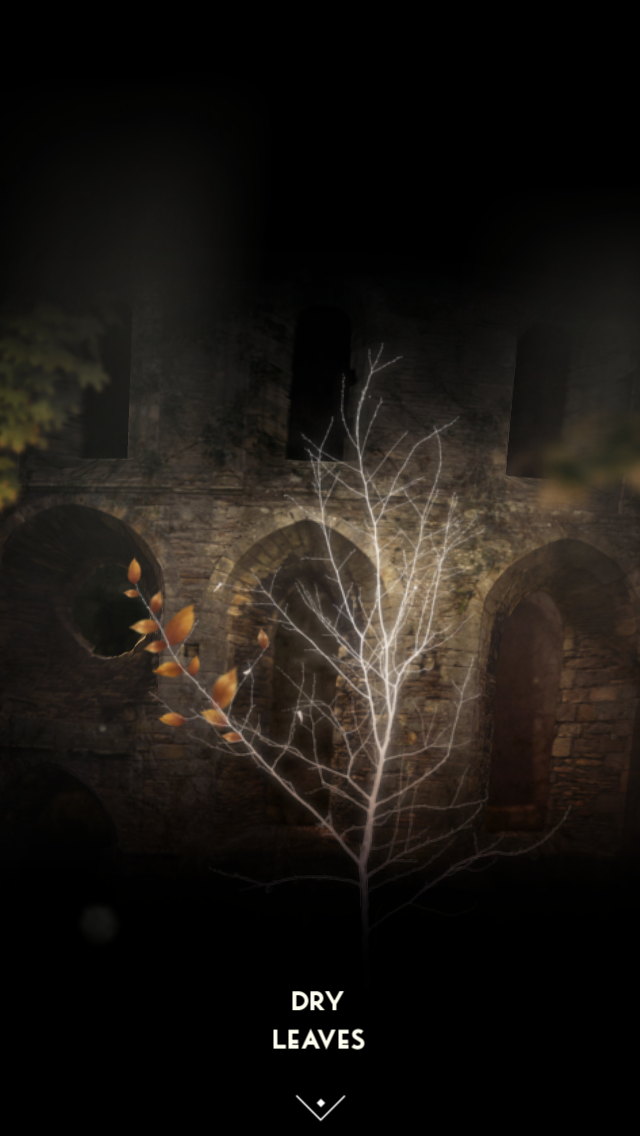 Parts of The Sailor’s Dream are open and quite non-linear. You’ll be able to explore our tiny little ocean of islands freely and as quickly or as slow as you want to. Other parts of it aren’t quite as non-linear, but those parts we’ll be talking more about in the future.

Lastly, we are making The Sailor’s Dream together with some people you are familiar with by now. Jonas Tarestad is once again helping us out with story and as we’ve previously told you , Jonathan Eng is making the soundtrack this time around – Which means it’s all mostly acoustic and if we can say so; it’s amazing. We’ll be talking more about the music in the future.

Besides these people that you already know, we’ve been lucky to enough to be able to involve other talented people for some other exciting bits. But we’ll wait with presenting those things until later on.

We’ll have more news and hopefully exciting things to share as we are making the game. We hope you are as excited about The Sailor’s Dream as we are. 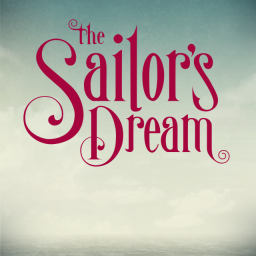 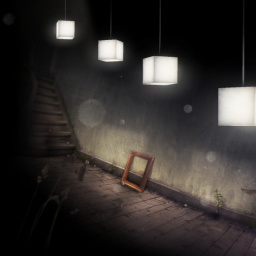 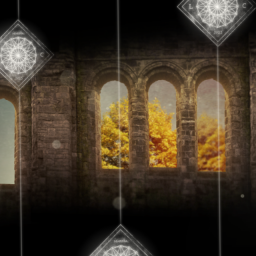 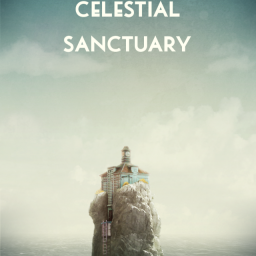 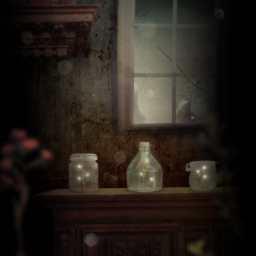 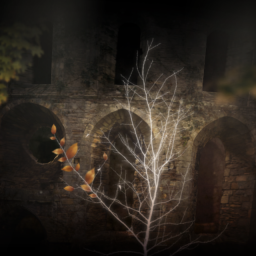 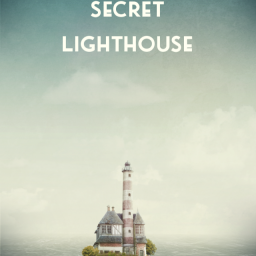 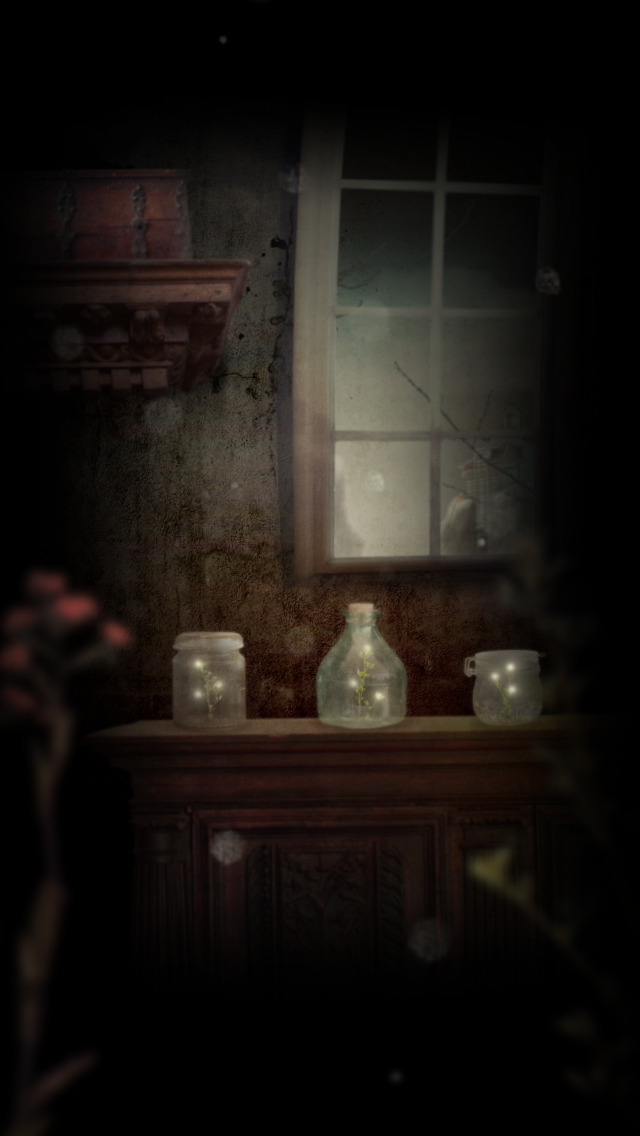 We found some sketches and mockups of the DEVICE 6 poster lying around, which we thought you might enjoy seeing.

After finishing DEVICE 6, Simon had fallen in love with vintage Nancy Drew covers, and we got the idea that it would be fun to create a piece of promotional art in this style.

We got in touch with the amazingly talented illustrator Junkboy, who agreed to help us out.

So, here you have the progress in a neat gallery, from Simon’s crude collage mockups (and the birth of the very Nancy Drew inspired title!), to Junkboy’s first sketch and final piece and the very same piece with logos and things added to catch that old-book smell feeling. We’ve also included the original photo from which we created the wallpaper you can find on DEVICE 6’s mini site. 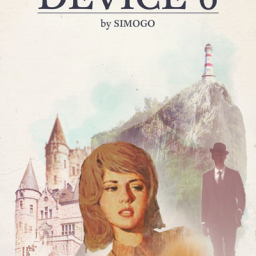 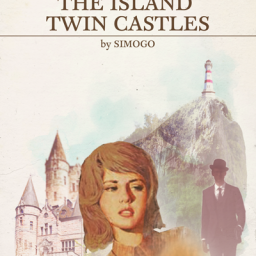 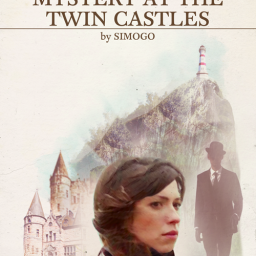 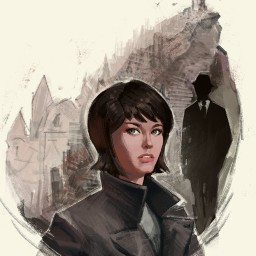 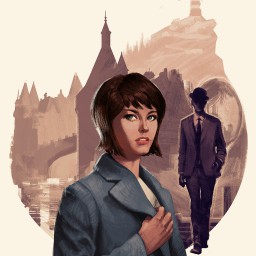 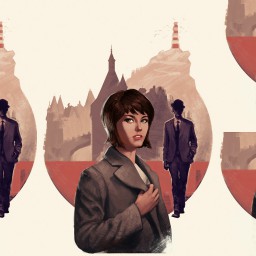 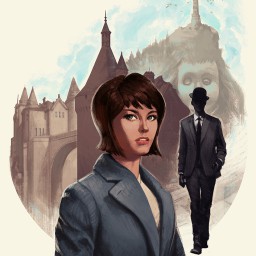 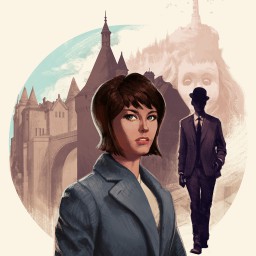 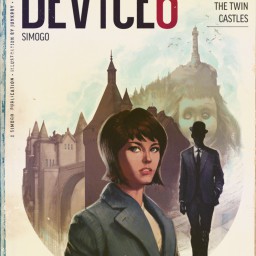 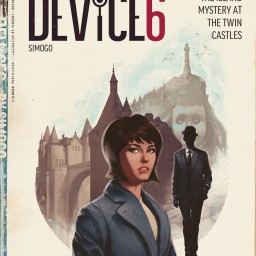 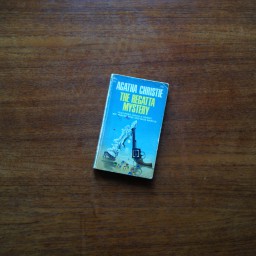 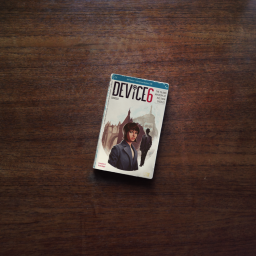 And yes – this poster is still available on Fangamer, so head over there to get it. As is another DEVICE 6 poster. 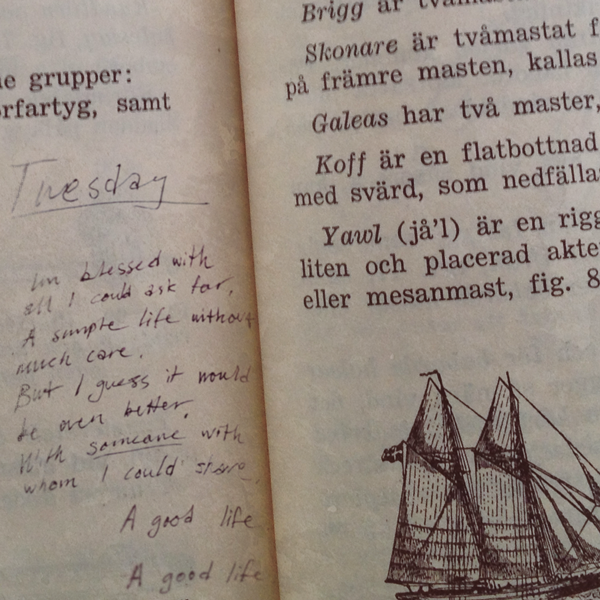 A tiny music announcement for you? Yes! Simogo troubadour extraordinary Jonathan Eng is composing and performing all of the music for our current project. 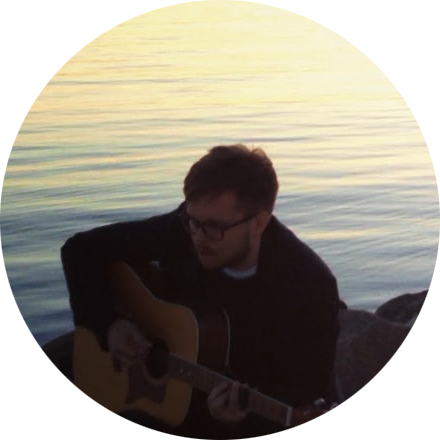 We’re very excited about it; doing this is something we’ve talked about with Jonathan since 2011, when Jonathan showed us a little tune that’d be perfect for a game. It only took three years, but that song has now found its home in this project.

Let us all celebrate by listening to some Jonathan Simogo tunes of past:

It’s also totally ok to head over to Jonathan’s page on LOUDR and listen to a few songs.

We can’t wait to show you what we have brewing. Soon! 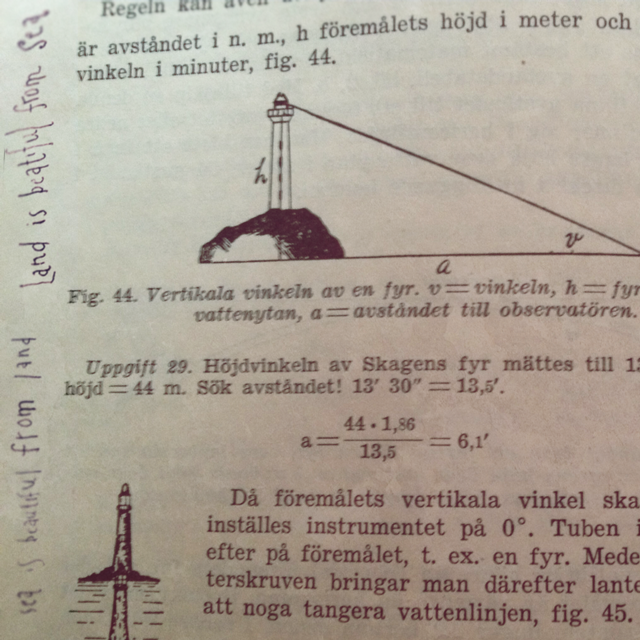