We’re super happy that our next game can finally be revealed!

IGN has got the full exclusive scoop on the game, so head over there to watch screens, read the hands-on and whatnot!

And some screens! Again… Head over to IGN to see more screens. 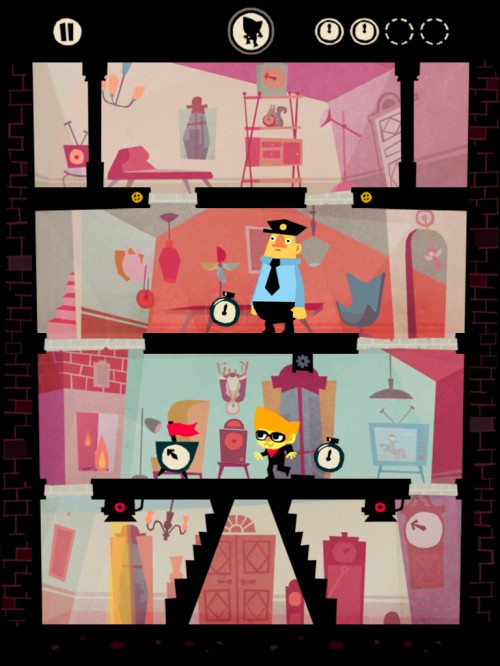 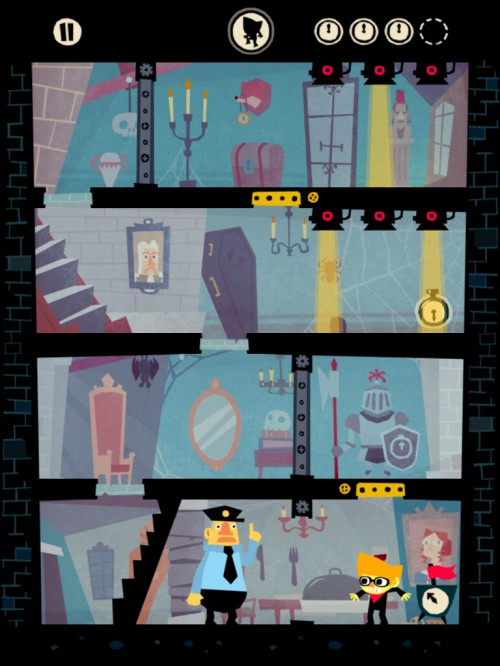 Beat Sneak Bandit is Simogo’s next game for iPhone, iPod Touch and iPad!
When all the clocks in the world are stolen by Baron Von Clockface and the world is in chaos, it’ll be up to the Beat Sneak Bandit to steal them back. Sneak to the beat to infiltrate the bizarre clockwork mansion and avoid patrolling guards, security lights and other dangers!

It takes both cunning and rhythmical timing to solve the puzzles. Listen and watch the rhythms to learn the patterns, then tap to the beat to sneak and figure out how to get every clock on the level by timing your steps correctly. But be careful – if your taps are off beat, clocks will self-destroy!

Coming early 2012 and will possibly feature a talking frog.